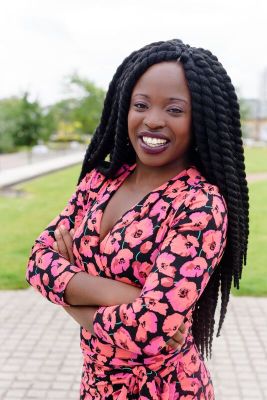 Having graduated with honours from Lancaster University and the University of Richmond Virginia (USA) with a degree in International Business (Economics), she started her own PR and Communications business in 2004.

In January 2010, Ronke became the Chief Executive of the Islington Chamber of Commerce where she remained until the end of 2012 and became a non-executive director of The Hoxton Apprentice in 2011. She joined the board of Trustees of Voluntary Action Islington in 2012 where she is also a Director of The Voluntary Action Academy and is currently on The Employers Panel for the National Employment Savings Trust. In 2018 she became a director on the board of directors at the Chartered Institute of Public Relations. She is a Mentor for The Cherie Blair Foundation and for The “Success Looks Like You” Initiative. In 2011 Ronke Lawal was honoured to receive a Precious Award for Inspirational Leadership.

Apart from her active and involved business interests, her varied passions outside the business world include food (Founder of Food Blog http://www.whosfordinner.co.uk), travel, music, literature and most importantly living a life she loves.

The CIPR (Chartered Institute of Public Relations) is the body that represents almost 500 members in East Anglia. The Committee works hard to host events for the benefit of our members across the region.